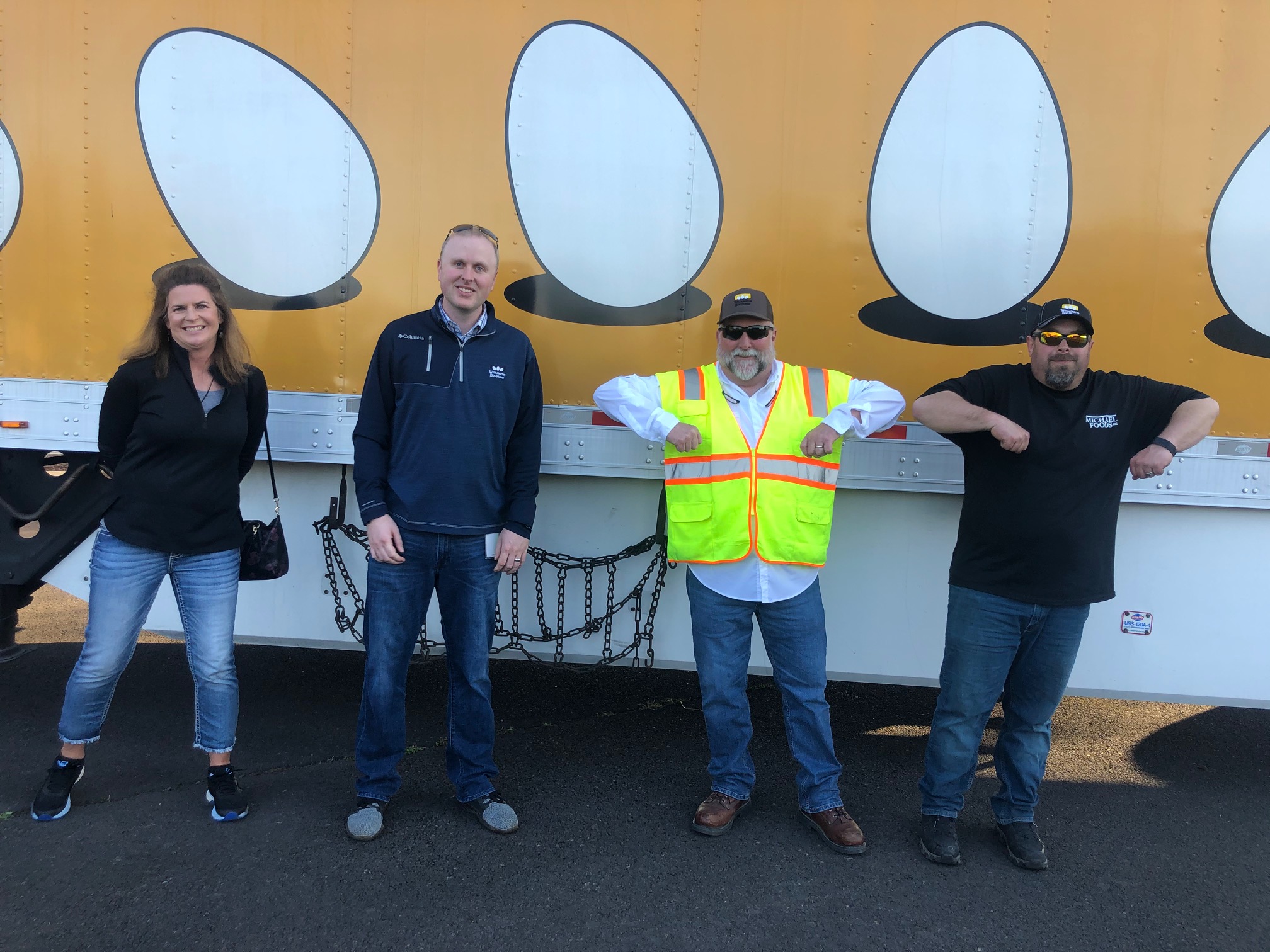 Wednesday night, I cried for the first time since the stay at home orders were placed. The emotional toll finally brought me to tears. I made it a lot farther than most, as my business has been able to weather this financial storm better than a lot of other small businesses. I don’t have school aged children so I’m not trying to be both a mom and a teacher… I’m just trying to run a business through a pandemic.  As your chamber president we cancelled one of our largest events of the year 48 hours before it was supposed to happen after months of careful planning. I thought it was for the good of the community so I sucked it up and we made the decision. We have had to cancel many celebrations for our local businesses, open houses, ribbon cutting ceremonies, but those can be rescheduled. And yet we are over a month into this once in a lifetime event and I’m just now letting the tears go. These weren’t tears of distress or worry. These were tears after an emotionally exhausting day distributing food to over 750 families in Woodburn.

In times of chaos remember the heroes, look for the helpers. Because they will always be there.  I stood next to the doers in our community, the ones that win awards for their selflessness. On Wednesday I was reminded of their leadership in Woodburn and what it means to step up, why these people are the ones that are called when someone needs help and how the smiles and kindness will go just as far as those boxes of food.

What I want you to know, and what I want you to remember, is that it would have cost less money for Willamette Egg and the Michael Foods Corporation to dispose of this food. For those of you that say, “Well they weren’t going to use it anyways.” You’ve never paid for a truckload of product to come halfway across the country. In addition to the almost 20 tons of food they donated, they paid to truck it from the Midwest to Canby, then the employees in Canby to assemble boxes, they then re-palletized them and trucked them here to Woodburn where they had 4-6 staff on site loading vehicles and directing traffic for 4.5 hours. So I haven’t had the energy to monetize their donation, and I don’t know if that’s even important. Because what is important is that their philanthropic efforts helped 762 of our families.

This started one afternoon as I was driving home from picking my kids up from daycare when I received a phone call from Dann Barnad at Willamette Egg, he had just received word from his parent company Michael Foods, Inc. that they had a large amount of food they wanted to get out into communities across the nation. He didn’t know many details but wanted me to think of how we could distribute this food into the community. I was to hop on a conference call Wednesday April 8th with the chamber presidents from Molalla and Canby as they’d also be receiving this donation. What ensued over the next week was a whole lot of phone calls, emails and discussions concerning logistics to figure out where and how to get our 600 allotted meals into families in our community. Because of the gravity of this donation I wanted to do right by Willamette Egg. Dann trusted me and my enlisted helpers to get these meals out into the community, and I was going to try my best to get them out

On the evening of Wednesday April 15th I was supposed to be packing to leave bright and early for a trip to DisneyWorld to attend the eXp Shareholder Summit Conference. However that trip was cancelled last month. Instead of getting ready for a work trip I spent my afternoon directing traffic, passing out eggs and seeing how perfectly we could wing packets of tortillas into trunks of cars… (that at this point were lined up for blocks and creating quite the problem for most of our downtown Woodburn area.) The overwhelming response to the food box giveaway was extraordinary. Traffic was lined up in all directions and was even affecting 99E.

The traffic was out of control and the Woodburn Police Department stepped in to help. It was obvious this location was not going to work. They were able to reroute traffic and got us set up over at Centennial park where we could better manage traffic flow. An hour later we were up and running again. I have to say, once we had a system down, loading this line of cars moving perfectly with volunteers zig zagging from pallets to trunks with food boxes and eggs was the most beautiful sight!

So there I was reflecting about an extraordinary day. Thankful for the good fortune to have community partners who stepped up to help. Willamette Egg and Michael Foods for doing a great thing by donating this food. To the group of volunteers who helped plan and execute the delivery. To Woodburn CERT (Citizens Emergency Response Team) for delivering boxes to homebound families. To Pastor Luis Molina of Woodburn Foursquare Church. To Bubu Puente with Woodburn School district. To Resers foods for donating 15,000 tortillas. To the Woodburn Police department for stepping in and respectfully solving the traffic issue with quick and thoughtful solutions. But most of all I was feeling… I was feeling the reality of a community banding together in a time of shared crisis and rising to the challenge. It was a monumental task which helped fulfill a definite need. I was emotional because of the need. I was emotional because of the support and I was thankful for a community like ours.

Each box contained the following;

A separate package of 5 dozen eggs.